Hey guys, now that christmas has come to an end and we’re fast approaching the New Year, I thought I would select my top 5 bands of 2016 who I believe have all the potential to absolutely smash next year. If you’ve been reading my previous posts, I have already mentioned a few of the below but I have also included some new bands. Hope you enjoy and make sure you look out for their upcoming tours!

The Howl & The Hum 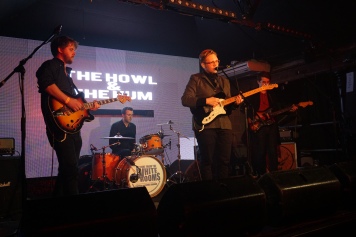 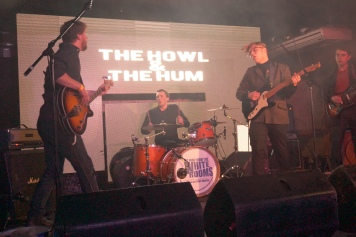 A few weeks ago I practically stumbled upon ‘The Howl & The Hum’ at The Wardrobe in Leeds while they were supporting ‘Heir’. I have never been so blown away by a band that I had zero knowledge of. ‘The Howl & The Hum’ are a York-based alternative rock band who are still very much in the early stages of their musical careers as, despite gigging in Yorkshire, have no material accessible online. However, fear not, their self-titled EP consisting of ‘If you were my muse’ and ‘Skeleton Free’ is available to purchase at venues they are playing at.

Intense, compelling and atmospheric are the three words that I would use to describe The Howl & The Hum. From the moment they walked on stage at The Wardrobe, I was completely and utterly mesmerised by the sheer talent possessed by each member leading me to travel to Fibbers in their hometown just so I could see them again. Vocalist Sam Griffiths dominates every possible space in each venue with his astonishing vocal range. Mastering high, low, soft and louds notes, Sam is accompanied by the musical efforts of his fellow band members which fuse together to create a spine-tingling and extremely emotive composition.

Unfortunately, my favourite track of theirs named ‘Godmanchester Chinese Bridge’ does not feature on their EP but that’s all the more reason to get down to one of their gigs in the new year! Seriously, I have not been this excited about a band in such a long time.

Don’t worry I filmed ‘Godmanchester Chinese Bridge’, here it is…if you listen really closely at the end you can hear someone saying ‘holy f***ing sh*t’. I guess that’s one way to describe it. 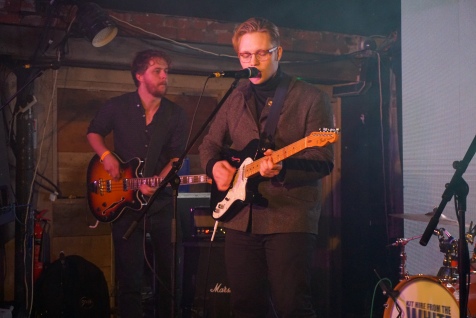 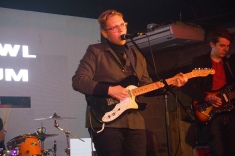 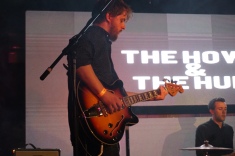 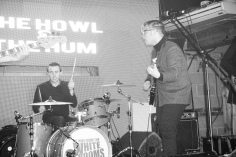 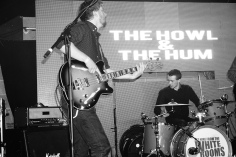 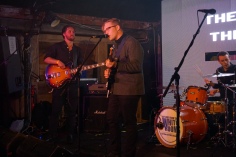 Read my review of ‘Heir’ at The Wardrobe here- 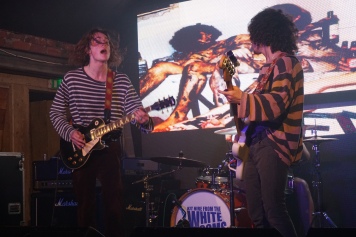 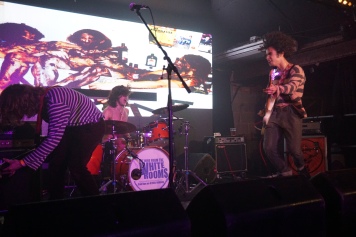 I also stumbled upon ‘Naked Six’ at Fibbers in York when I went to see The Howl & The Hum last week and I was equally blown away. I have been waiting for what feels like a lifetime to find a modern band that resonates older classic rock sounds (well) and I have finally found it. What an absolute powerhouse of a band.

Whether you’re a diehard Classic Rock fan, Hard Rock fan or Indie Rock fan, there really is no problem as Naked Six have somehow managed to seamlessly merge all three into one MASSIVE sounding vibration. The fact that they have only been formed since 2015 and there are only three of them speaks volumes for what they have released on SoundCloud so far with my personal favourite ‘Castaway’ (https://soundcloud.com/naked6). Each track is underpinned by heavier, older rock influences such as Zeppelin and Sabbath which is no surprise given exuberant frontman Seb Byford is son of legendary Biff Byford of Saxon. However, they’ve triumphantly incorporated their own, original more modern rock sound which left the hairs on the back of my neck stand on end.

From start to finish, each of the three-piece band radiated a relentless energy that pervaded the air like no other band I have seen before. These lads don’t mess around and they certainly know exactly what they’re doing. Talk about a stage presence… 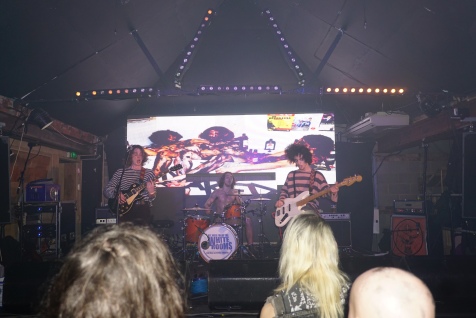 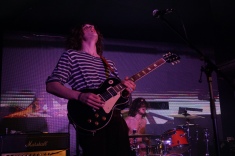 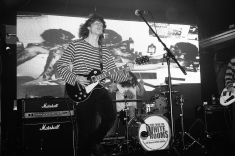 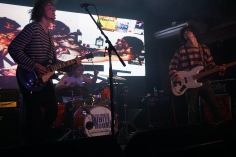 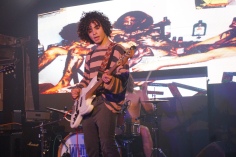 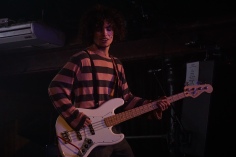 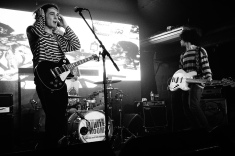 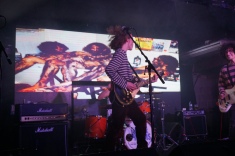 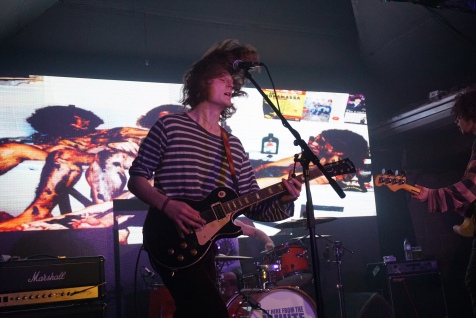 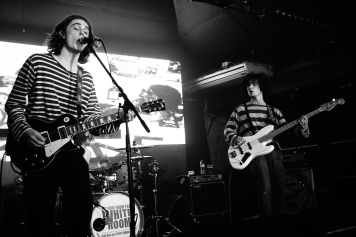 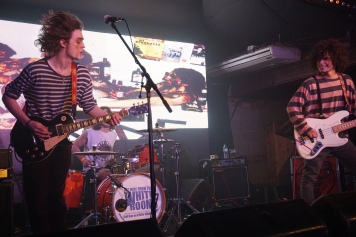 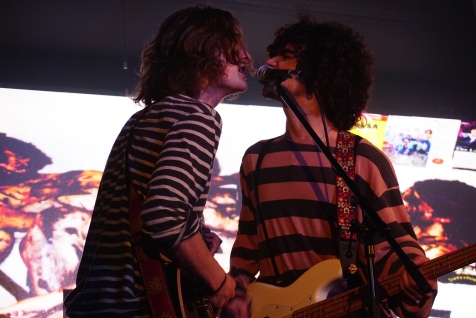 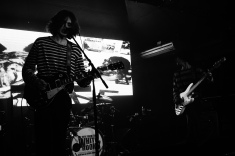 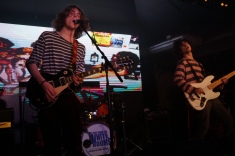 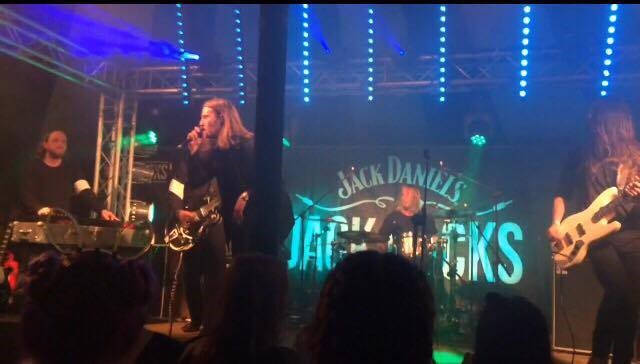 The first time I ever saw Broken Hands was at Castlefield Bowl in Manchester when they supported Catfish and the Bottlemen. I’m not going to lie, their whole set seems a bit of a daze but purely because I was in such awe of their originality. I was completely and utterly captivated.

Broken Hands are a band that you can’t tear your eyes away from, this is mostly due to their lead vocalist Dale’s presence. He possesses a peculiar air of madness from his little dances to the intense eye contact he gives his audience. It’s almost as if they are completely glazed over and he is completely in his own world. On one hand, you have Dale who, as a performer is just fascinating, then on the other hand you have a highly skilled, fierce collection of musicians who create only what can be described as a wall of powerful noise that overwhelms you.

Their debut album ‘Turbulence’ released in 2015 maintains a feverous, merciless and hot-blooded sound which is guided through each of the 11 tracks by an extra-terrestrial, supernatural feel.

Do yourself a favour and listen to ‘Four’ and ‘Turbulence’ right now.

Read my review of Catfish at Castlefield which includes Broken Hands here- https://livemusicwhatthekidswant.blog/2016/07/20/castlefield-and-the-bowlmen-080716/

I have known Glass Caves for a few years now as I originally discovered them due to their frequent busking in Leeds. I would say that 2016 has been an astonishing year for the Pontefract quartet, they have released two impeccable songs ‘Alive’ and ‘Do you have a name?’, both of which would feature on my favourite releases of the year if I were to make a list. Despite Glass Caves clearly heading into a different musical sound, they still pay homage to their original sound which I am beyond happy about such as ‘Slady Ways’ and ‘Summer Lover’ ( hint, hint please bring these back lads 😉 ).

Having released their debut ‘Alive’ in 2014, Glass Caves are currently recording their new album which I hope will be ready soon. Regardless, the wait will be entirely worth it and their newest tracks (mentioned above) are evidence of this. Vocalist Matt, stays close to his Yorkshire roots in his powerful and raspy voice which perfectly compliments their new anthemic sound.

I have seen Glass Caves live twice now around a year apart and I have noticed the substantial increase in fans that they have achieved. Their gig last month at The Belgrave in Leeds was by far one of my favourite gigs of the year

2017 could be the year they have long awaited.

I accidently found The Vryll Society at Leeds Festival this year as I walked in the tent that they were playing and thank god I decided to set off earlier than planned to see whoever was on after. The Vryll Society are an extremely complex, sophisticated, and stunning band. With music that is clearly influenced by late 60s and 70s psychedelic/ classic rock particularly Pink Floyd by the sounds of it, they have mastered their own modern interpretation.

Their latest release ‘A Perfect Rhythm’ and older tune ‘The Egg’ capture exactly what I adore about music yet more importantly, I am unable to compare them to any other modern band. I am constantly looking for unique bands which possess elements of older rock and they have absolutely nailed it. ‘Deep blue skies’ blossoms from a dream-like melody into a heavier, groovy beat which soon returns back to a trancelike form. This leads to an overall ethereal sound which is exactly what makes The Vryll Society so different from other modern bands.

I am yet to see them properly live but hopefully I will get the chance in the new year. I advise you do too while they’re still relatively small.