Ever since I was around 6 years old, I’ve been absolutely fascinated with classic rock music. My dad and my uncle are definitely the two main people in my life who have had the largest influence on what I listen to. However, to my surprise there were a fair few bands that I would consider pivotal to the classic rock era that they didn’t seem to take interest in their youth to.  My dad was and still is a massive UFO and Scorpions fan so whenever I asked who he considered to be ‘the best’, they would always be his answer. At that time, I would always argue ACDC, however he always said that Led Zeppelin are renowned to be the greatest rock band that ever lived. So of course, natural curiosity set in and I decided to see what all the fuss was about.

I remember sitting down on my bedroom floor at around 11 years old with my laptop and headphones in, scrolling through the suggestions list of the results section for Led Zeppelin on YouTube. For some reason, I chose ‘Black Dog’, I’m pretty sure that it was because the little thumbnail image presented a man with long, dark hair, holding his arm stretched out towards me… Jimmy Page.

So clicking on it, I sat there and turned the volume all the way up before being what I can only describe as getting slapped in the face with the most distinct, strained and powerful voice I’d ever heard before being plummeted into Page’s heavy, distorted and crunching guitar riff. I’ll never forget the first time I properly sat down and listened to Zeppelin. It felt as though electricity had been charged all through my spinal cord leaving me feeling dazed and confused if you’ll pardon the pun.

I guess the aim of this blog post is to not only shed some light onto a band that perhaps you’ve heard lots about but haven’t yet taken the time to discover but also, admittedly to emphasise why Led Zeppelin are gods and why they were and still are so pivotal to the music industry as a whole.

Uncle Steven, this ones for you.

Let There Be Rock 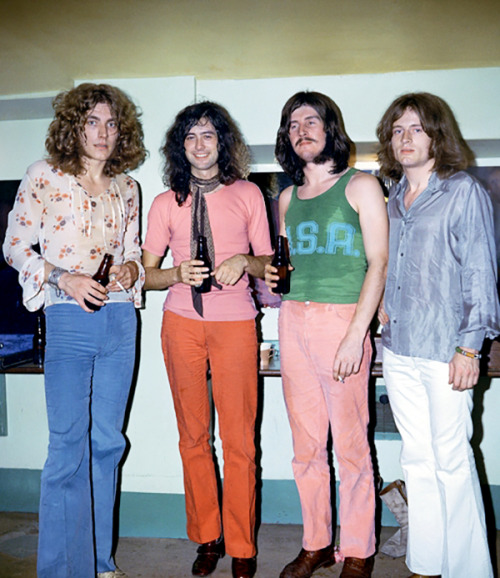 In July 1968, Jimmy Page, a highly respected session musician and lead guitarist of ‘The Yard birds’, decided that he wanted to create his own supergroup after it being pretty clear that his present band was disintegrating.  Given his already high regarded position within the industry, it wasn’t too long before he had John Paul Jones, also a session musician roped in on his idea. Finding a singer was Page’s next priority so firstly he asked Terry Reid who denied due to his plans to go on tour with his band supporting Cream. Terry then recommended Robert Plant who at this time, wasn’t very well known at all. Page and Jonesy went along to one of Plant’s gigs and before you know it, Plant had agreed to join the band as well as recommended his best friend, John Bonham to be the drummer.

Soon after their initial formation, they changed their name from ‘The New Yard birds’ to ‘Led Zeppelin’ and after completing a tour in Scandinavia, got straight into the studio with working on their first album.

So here we have a band quite literally comprised of 4 truly experienced musicians. The fact that both Jimmy Page and John Paul Jones were prestigious, skilled session players way before they even formed Led Zeppelin shows that from the very beginning they had every potential to be as good as they possibly could. 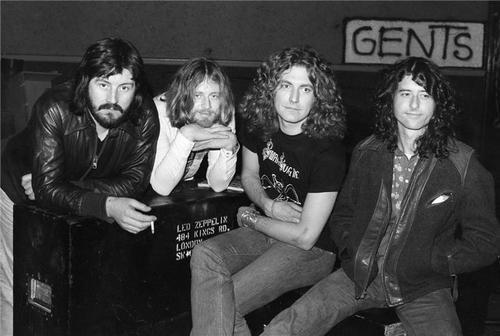 Zeppelin were a breath of fresh air in almost every aspect. Of course Britain had gloried in the very start of the British invasion with The Beatles and The Stones but as the revolutionary decade of the 1960s was drawing to a close, the industry needed something to enable the 70s to begin with a bang. Zeppelin were exactly that.

Peter Grant, a 6 ft. 5 ex-wrestler named ‘Count Massimo’, was hired as their tour manager and Grant was considered to be absolutely pivotal in the bands success. As well as securing a five-year record label with Atlantic Records, Peter continuously rattled the cage of what was considered to be the norm within the industry at the time. This began with something as simple as not allowing the band to sell any singles, only albums. Upon first glance, you may consider this to be quite a risky, foolish idea but it was genius. If people wanted to hear a specific song, they would have no choice but to buy the album. Zeppelin were making more money and gaining more fans therefore they were central to the establishment of AOR (Album-Orientated Rock).

At first, popular opinion in the UK regarded Zeppelin as fairly average but America on the other hand reached out and immediately immersed themselves in what they rightly predicted to be, a new generation of hard-rock. Critics hated them and they very rarely received good reviews. One particular critic, which I’m sure Page even now would love to say a few words to, claimed that Jimmy was “a writer of weak, unimaginative songs” and Plant’s vocals were nothing but “strained and unconvincing shouting” which coupled together to create “unworthy material”.

Cutting to the chase, let’s just say that Zeppelin weren’t afraid of going all out when it came to fashion. Particularly Robert Plant and Jimmy Page. I’m not ashamed to admit that young Robert Plant was who I consider to be one of the most beautiful men I’ve ever seen (and this is coming from someone born over 40 years too late).

Page was very eccentric with his choice of clothing to say the least. From his German SS officer hat to his iconic dragon suit, he was never afraid to make a statement but it never bothered anyone, simply because he was Jimmy page. We’re talking about a man who would turn 40 second guitar solos into 30-minute guitar solos before whopping out a violin bow to steal the lighting from the heavens. Plant on the other hand seemed to wear clothing that would only just fit a 12-year-old. There’s no way he could have felt genuinely comfortable in some of the trousers he wore, it was probably because he’d lost all feeling in his legs. But for me, it’s all about the hair.

No words can justify the mane. He truly was a Golden God. Led Zeppelin were only around for roughly 10 years yet they managed to achieve success on such a level that no matter who you compare them to, you have to be careful.

Led Zeppelin officially dethroned The Beatles on May 5th, 1974 at Tampa Stadium, Florida. At that concert, Zeppelin attracted more paying fans than had ever attended a show by a single act in the United States, surpassing the previous record set by the Beatles of 55,000.

Throughout their music career, they were awarded five diamond albums, fourteen multi-platinum, four platinum and one gold album in the US. While in the UK they have five multi-platinum, six platinum, one gold and four silver albums. Zeppelin are considered to be one of the founding fathers of hard-rock music as well as one of the most innovative, successful and influential bands to have ever lived.

Tragically, the death of John Bonham broke the heart of the band and in 1977, a chapter of rock history abruptly ended.

On the 10th December 2007, they played one last concert at 02 Arena in London. This was the first time that all 3 remaining band members reunited along with John Bonham’s son, Jason Bonham in 30 years.

According to Guinness World Records 2009, on that night, they set the world record for the “Highest Demand for Tickets for One Music Concert” as there were over 21 million requests for the reunion show were rendered online.

Even if I haven’t managed to convince you, just watch this: