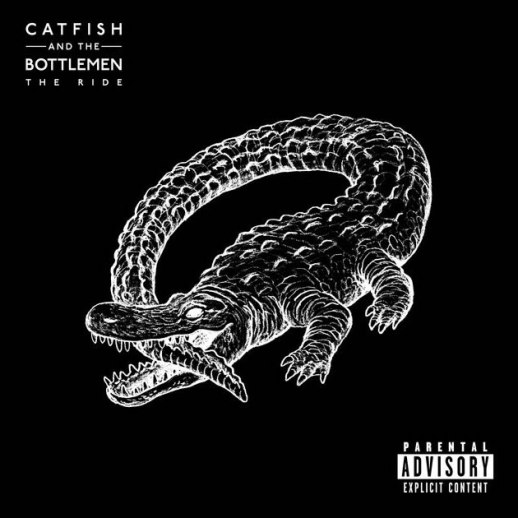 To start, I am a massive fan of Catfish and the Bottlemen so have waited for ‘The Ride’ for quite literally 2 years after their debut album, ‘The Balcony’ was released in 2014. Already, I genuinely believe that Catfish have had an extremely difficult task with topping such an incredible debut.

Before I get into the actual review, I want to present you with a sort of ‘disclaimer’. I am aware that upon the release of a new ablum of a band, most people would claim that you can’t just compare it to the previous album as the band has to develop and change their sound as they progress. However, I only agree with this view to a certain extent. Personally, I can’t help but draw comparisons. Whether this is because ‘The Balcony’ is by far one of my favourite modern albums or I’m just incapable of moving on from this sound. Anyway, it’s up to you to make up your mind but I think it’s pretty evident that Catfish have changed their sound.

I preordered ‘The Ride’ on an exclusive white vinyl via Amazon and opened the packaging to find consistency in the presentation of ‘The Balcony’. From the same black and white colour scheme to copied versions of the lyric sheets within the sleeve, I was extremely happy to see that the lads chose to adopt the same style. Even with the song titles all being one worded and having yet again a single numerical title. Rather irritatingly, as I began to play my copy, every so often the vinyl would skip during songs suggesting that it was damaged so I’ll have to look into that. So instead I turned to listening to my digital copy.

The front cover of both ‘The Balcony’ and ‘The Ride’

Prior to the actual release, Catfish released 5 singles including ‘Soundcheck’,’7′,’Glasgow’, ‘Twice’ and ‘Anything’. All, with the exception of ‘Twice’ and ‘Glasgow’, I had heard them live as tasters from the lads whilst they remained touring their debut. Despite, at this point not hearing the studio versions, it was pretty clear that the lads were taking a different direction with their new singles however they still sounded massive live. ‘Soundcheck’ and ‘7’ were the two that really stuck with me. ‘Soundcheck’ is an extremely explosive song with a guitar solo from Bondy that leave you with goosebumps. Accompanied by their iconic strobe lighting and Bondy’s extremely quiet persona but effortless guitar playing, there is no doubt that Bondy knows exactly what he’s doing. ‘7’ live on the other hand is just as good ( if not, even better) with a slower approach but equally ground-breaking and hard hitting sound.

However, I have to admit that when the studio versions were released as singles, it felt as if something wasn’t quite right. I’ve come to the conclusion that it sounds overproduced. It lacks the grittiness and the rawness of both Van’s raspy voice and even the refinement of the instruements, in my opinion, has negatively impacted such a compelling and emotional song. Live, ‘7’, is by far one of absolute favourite Catfish and the Bottlemen songs and even the acoustic version of just Bondy and Van performing is so much better. Quite honestly, with the gradual releases of the new songs leading up to the long anticipated, I was worried. I don’t think I was alone with this feeling though, from hearing feedback of other fans it seemed like they were also stuck in the same dilemma. 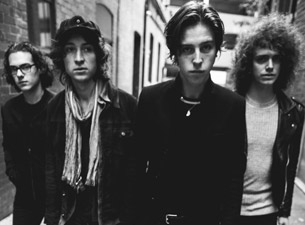 Unfortunately, my thoughts were not eased with the later release of acoustic ‘Glasgow’. I have to say, I was quite dissapointed. This may just be because I need time to listen to it more for me to fully appreciate it, but  I feel like the lads were attempting to create a similar feel to ‘Hourglass’ on their debut but didn’t quite reach it.

There are hints of Van’s raw lyrics but they just seem to fall short. The fact that it’s repetitive also doesn’t play to their advantage in my opinion and this is evident in the majority of the songs on the album. They literally repeat the same lyrics and some even repeat the same verses with only slight changes on a few words. I mean, some people may like this and each to their own but one of the whole reasons I fell in love with Catfish in the first place was because of the lyrics. I loved the way Van was so honest and raw about his emotions, from “I’m craving your calls like a soldiers wife” (Hourglass) to even the outrageously bizzare lyrics of “You see I, I was a test-tube baby, That’s why nobody gets me” ( Fallout). Both of which echo personal thoughts and in my opinion, reflect far more emotion than what I can hear in ‘The Ride’.

There could be many explanations for this. Whether it’s because Van presumes in order to be as big as they possibly can they have to adapt their sound to a more ‘radioey’ or even more simply because their natural growth and tastes have changed, resulting in this new sound. Regardless, I prefer their older sound. I know, I know,  I can practically hear people screaming “bands have to adapt and develop their sound, they can’t just continue with the same” etc. etc. etc. But I’m finding it particulary difficult because I’m struggling with adapting to a sound that is so different to what drew me in and facinated me in the first place. ‘The Balcony’ is far more raw and heavy.

On a lighter and more positive note, there are elements in ‘The Ride’that deserve wholehearted credit as, in itself it’s a good album. Steering away from the comparisons, the lads have produced yet again a loud, accomplished and extremely powerful record. So far my favourites have to be ‘7’, ‘Anything’, ‘Postpone’ and ‘Heathrow’. As you can see, I haven’t quite made up my mind and it is genuinely hard to narrow it down to just one! ‘Heathrow’ is slow and touching with reflections of raw emotion  which are evident in Hourglass (oops there I go again).

The opening of ‘Anything’ is amazing. From the muffled sound of slow strumming at the very start to Van’s powerful vocals throughout the verses, this is a tune. Jokingly, I claim ( and to some extent still believe haha) that the chorus sounds a bit like the opening of the children’s programme ‘Drake and Josh’. But the fact that this develops into an incredibly emotional, hardhitting sequence of lyrics of “Anything you need, anytime at all, I want you to phone me… cause everything you’re feeling, every night alone is because you need me”. I mean wow. The way Van’s voice sounds strained and the production has allowed you to hear his raspiness, accompanied by an almost broken sound of a guitar. THIS IS WHAT I’VE BEEN LOOKING FOR. Genuinely makes my heart sink when I hear it.

As a short sidenote and also a slight contradiction. I’ve made it out as if ‘The Ride’ is 100% different to ‘The Balcony’ however its clear that the lads have adopted a few methods from it. For incidence, the very ending of ‘Outside’ cuts off just like the very ending of ‘Tyrants’ does ( both songs mark the ending of the two records) and Van claimed that ‘Outside’ was the new ‘Tyrants’ and was bigger and better. I completely disagree and I feel as if the ending of ‘Outside’ doesn’t quite work and I’m still yet to appreciate it. Also ‘Twice’ begins with a similar powerful motif with heavy drums and heavy guitar riff just as ‘Cocoon’ does which automatically has my approval.

Overall, it appears that my ‘review’ is both a rant and a form of praise for the lads. Take from it what you will but please bare in mind that Catfish are one of my favourite bands and this is my opinion. The change in sound, as mentioned before, may be due to their natural development and maturing or it could even be down to Bondy’s influence as it was in fact Billy Bibby who co-wrote ‘The Balcony’ before leaving the band (reasons as to why are still unclear).

I think that what I can really see from ‘The Ride’ is their influences. The sounds portrayed range from Oasis (‘Oxygen’)  to Stereophonics (‘Postpone’) and this may have been where the originality of their own sound got lost. Despite my personal views, it’s pretty clear that the band have put a lot of work and effort into writing and recording their new album and I am in no way criticising this. ‘The Ride’ is a good album created by very talented people and if i were to pin the blame on one person it would probably be their producer. It’s obvious ( through expectations and my own experiences) that ‘The Ride’ is an album meant to be heard live and will hopefully platform the boys onto higher ground and take them where they’ve always wanted to be. 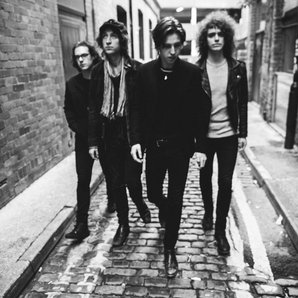